What Are Astrological Benefits of Cat’s Eye?

There are various kinds of astrological stones. A distinction is made between hot and cold stones. Cold stones are pearl, blue sapphire and topaz. Gems such as ruby, diamond, coral and cat’s eye are regarded as hot stones.

Human body is made of cosmic radiations and is affected by radiations emanating from several heavenly bodies like the planets. Astrological gems counter the effects of planets in our lives, enhancing their positive effects.

There are various kinds of astrological stones. A distinction is made between hot and cold stones. Cold stones are pearl, blue sapphire and topaz. Gems such as ruby, diamond, coral and cat’s eye are regarded as hot stones.

Importance: Cat’s eye or Lehsunia is by nature, in the hot category. It is ruled by a shadow planet, Ketu. It is an intriguing stone with distinct appearance. People have always been fascinated by its metaphysical powers. According to ancient texts, cat’s eye or Lehsunia or vaidurya are associated with Ketu, the south node of the moon. It is a stone with intense energies of the planets.

These are some of the benefits of wearing Cat’s eye or Lehsunia.

Gemstones with its fascinating beauty which has astronomical as well as ornamental purpose attracts a lot of people of India.The most genuine Gemstones online shopping in India can be done only at S...

Hessonite: a stone filled with energies

It is an orangish brown variant of grossular garnet that's also called 'cinnamon rock' because of its color. ... The name hessonite comes from the Greek term esson, meaning inferior, due to t...

4 and 13 MukhiRudraksha- a unique gem with many unknown benefits

Four MukhiRudraksha:The man who wears this Rudraksha after appropriate Sidhhi (way of charging & purification with Mantra) will find the knowledge of four Vedas. This Rudraksha removes laziness...

nunc at In Curabitur mag 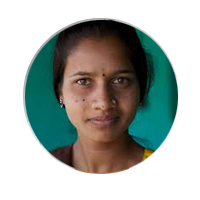 I am a scooter dealer in Gujarat and have many clients. I am buying gemstones and rudraksha for myself my family and also my relatives from Shiv Rattan Kendra for more than 10 years now. It brings much luck to me and I pass on this to my clients. One of them recently came and said that after he visited Shiv Rattan Kendra, he got a promotion and his luck changed. I was happy for him but I know that having good solid contacts is the best thing for a businessman. I am happy I found Shiv Rattan Kendra and I am happy to recommend them to everyone. 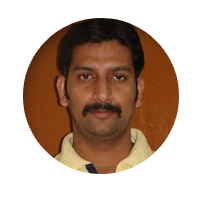 Shiv Rattan Kendra is one of the best dealers in precious stones and rudraksha malas. I came across them when we were celebrating the birthday of my wife. She frequently faces health issues in some way or other. I wanted some astrological gemstones for her health, and they were most helpful in suggesting the right stone for her. They also gave suggestions on the procedure of wearing the stone and now she is wearing it with positive results. She is much better now. 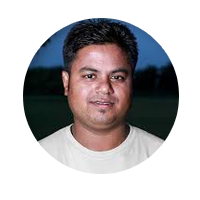 Being a devout follower of Lord Shiv, I believe in making a pooja before every vacation. This is a tradition that seems to be lucky for me. I am a journalist and ever since I began the pooja before the vacation, I seem to have strange but delightful pieces of luck come my way. I decided to buy some rosary beads and one of my friends suggested I try Shiv Rattan Kendra. I visited their online store and was happy to see the rosary I wanted. In fact, they have quite a collection including citrine, quartz, amethyst, and more. I prefer Rudraksha and got it. I am thankful to them for it. I highly recommend this shop for anyone who wants related items.

Those Images in folder YOURTHEME/img/patterns/